Plastic pollution has been found in seawater, on beaches and inside marine animals at the Galapagos Islands.

A new study – by the University of Exeter, Galapagos Conservation Trust (GCT) and the Galapagos Science Center – found plastic in all marine habitats at the island of San Cristobal, where Charles Darwin first landed in Galapagos.

At the worst “hotspots” – including a beach used by the rare “Godzilla” marine iguana – more than 400 plastic particles were found per square metre of beach.

Plastic was also found inside more than half of the marine invertebrates (such as barnacles and urchins) studied, and on the seabed.

The findings suggest most plastic pollution in Galapagos – a world-famous biodiversity haven – arrives on ocean currents.

The study also identifies Galapagos marine vertebrates most at risk from swallowing plastic or getting entangled – including scalloped hammerheads, whale sharks, sea lions and sea turtles.

The pristine image of Galapagos might give the impression that the islands are somehow protected from plastic pollution, but our study clearly shows that's not the case

“The highest levels of plastic we found were on east-facing beaches, which are exposed to pollution carried across the eastern Pacific on the Humboldt Current.

“These east-facing beaches include Punta Pitt, a highly polluted site that is home to Godzilla marine iguanas which – like so much Galapagos wildlife – are found nowhere else in the world.

“There are less than 500 Godzilla marine iguanas in existence, and it’s concerning that they are living alongside this high level of plastic pollution.”

Speaking about microplastic particles found inside marine invertebrates, lead author Dr Jen Jones, of GCT, said: “These animals are a crucial part of food webs that support the larger species that famously live on and around the Galapagos Islands.

“The potential health effects of plastic ingestion on marine animals are largely unknown, and more research is needed.”

The study’s findings include:

–          Just 2% of “macroplastic” (items and fragments larger than 5mm) was identified as coming from the islands. The true figure could be higher, but the findings strongly suggest most plastic arrives on ocean currents.

–          Significant accumulations of plastic were found in key habitats including rocky lava shores and mangroves.

–          Microplastics were found in low concentrations in all seabed and seawater samples, with higher concentrations at the harbour suggesting some local input.

To analyse the possible impact of plastic on Galapagos marine vertebrates such as sea lions and turtles, the researchers reviewed 138 studies of plastic ingestion and entanglement among such species worldwide.

They also considered where in Galapagos each species is known to be found, and considered their conservation status on the IUCN Red List of Threatened Species.

Based on this, the study identifies 27 species in need of urgent monitoring and mitigation.

Dr Jones, who led the study as part of her PhD at Exeter, said: “Our study highlights how far plastic pollution travels, and how it contaminates every part of marine ecosystems.

“Given the level of pollution we have found in this remote location, it’s clear that plastic pollution needs to stop at source.

“You can’t fix the problem just by cleaning beaches.”

Dr David Santillo, of the Greenpeace Research Laboratories at the University of Exeter, said: “This situation is only going to get worse if we don’t dramatically change our use of plastics.”

Last year, the research team won a £3.3 million grant from the UK government to investigate and address plastic pollution in the Eastern Pacific.

However, the grant has been reduced by 64% and may be cancelled after the first year due to Official Development Assistance (ODA) cuts announced in March.

Access to Spotlight 400 imaging FT-IR microscope used in this study was made possible under a Research Partnership Agreement between the Greenpeace Research Laboratories and PerkinElmer.

The new study, funded by GCT and the Royal Geographical Society and published in the journal Science of the Total Environment, is entitled: “Plastic contamination of a Galapagos Island (Ecuador) and the relative risks to native marine species.” 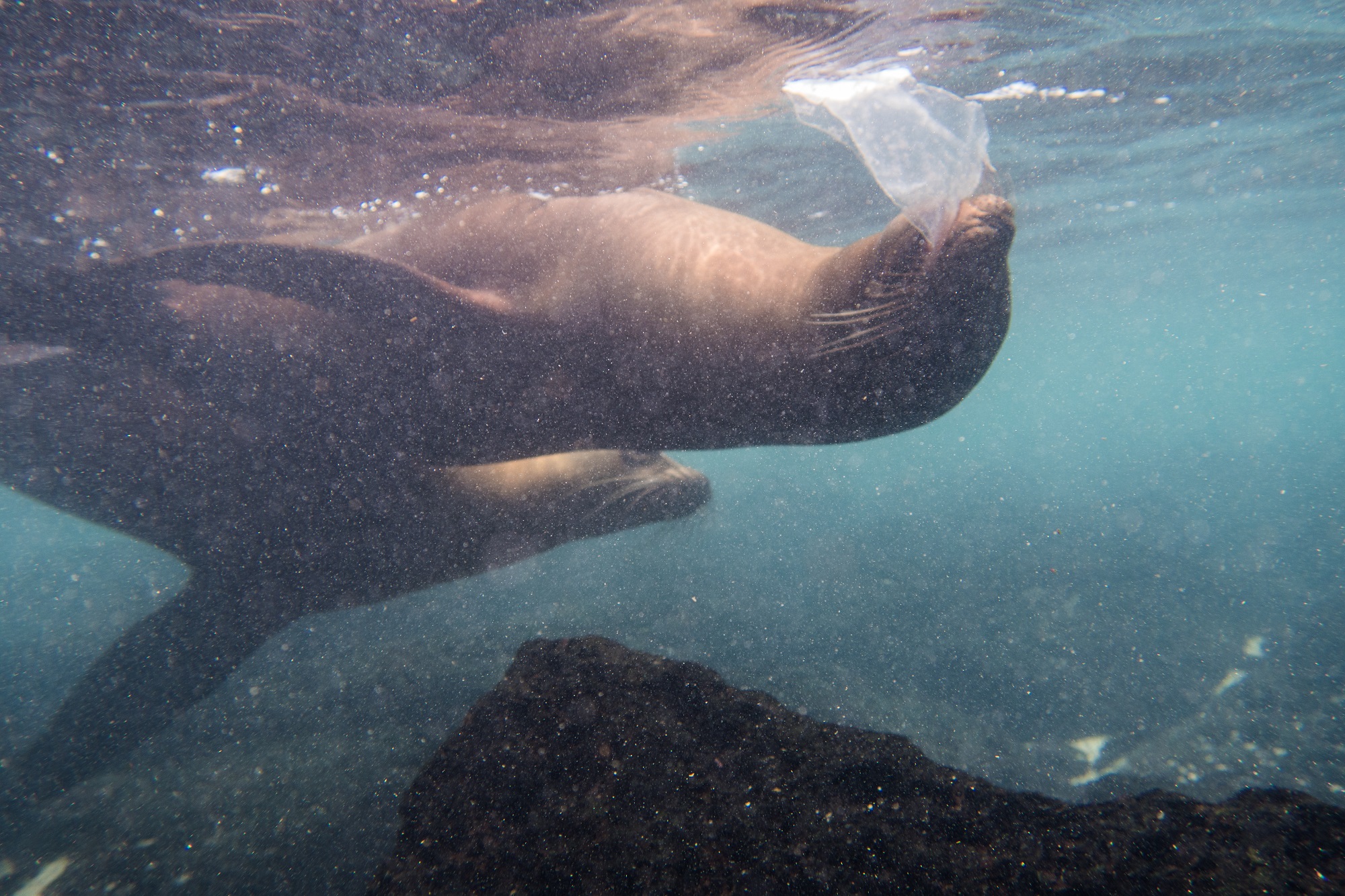 The ocean’s mammals are at a crucial crossroads – with some at risk of extinction and others showing signs of recovery, researchers say.

Seas, Oceans and Public Health in Europe (SOPHIE) was a pan-European initiative funded by H2020 and led by the University to coordinate research into the...